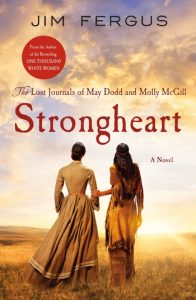 My most recent novel, STRONGHEART: The Lost Journals of May Dodd and Molly McGill is the third and final book of the ONE THOUSAND WHITE WOMEN trilogy. Published in France in 2019, with the title LES AMAZONES, the novel reunites the reader with some familiar characters from the first two volumes, offering a few surprises along the way. It has long been my intention to explore in my work some of the mystical beliefs of Native Americans, those ideas considered by the western mindset to be nothing more than ignorant superstitions. Indeed, as an author of the white race myself, this is complicated territory that, with some small exceptions, I largely avoided in ONE THOUSAND WHITE WOMEN.  Through the contemporary character, Molly Standing Bear, in THE VENGEANCE OF MOTHERS, I dipped my authorial toe in the swirling waters of native mysticism, an exploration I continue in STRONGHEART, where Molly and other tribal mystics play a larger role. I believe it is, if nothing else, a good tale.

This trilogy has been a great pleasure for me to write, and I thank my loyal readers both in America and France, for so generously supporting it. A recent post from a French reader on this website blog, suggested that closure of the trilogy was not fully achieved in her mind when she finished reading LES AMAZONES. She wondered if possibly there was to be yet another final sequel. I’m working on a new book now, and I cannot speak to that speculation, except to say that novels, like life itself, don’t really end until they do.

Thank you for visiting my website, both the English edition and the French version for my loyal readers in all francophone lands.

As usual, I have been quite remiss in updating my website and blog. To the many readers and book clubs around the country who continue to so generously support my first novel, ONE THOUSAND WHITE WOMEN , I am pleased to announce that the second volume of the ONE THOUSAND WHITE WOMEN trilogy, entitled THE VENGEANCE OF MOTHERS  was published in America by St. Martin’s Press on September 12, 2017. On August 1, 2017, St. Martin’s also released the 20th anniversary paperback edition of OTWW, which has now sold over a million copies in America… a number that seems to the author to be an astonishing, even incomprehensible milestone.

And please don’t forget my little self-published orphan novel, THE MEMORY OF LOVE , that will never sell anywhere close to a million copies, and, indeed, has never even found a home with an American publishing house, although it was published quite successfully in France (under the title, CHRYSIS). It is true that this a very different kind of novel than ONE THOUSAND WHITE WOMEN, THE VENGEANCE OF MOTHERS or THE WILD GIRL, both in style and subject matter.  For instance, there is only one Native American character in the novel, and he happens to be a gay, Sioux artist living in 1920s Paris, which is maybe not what American publishers were looking for from me. But I believe that writers should be allowed to stray from the path of their careers, and do something different now and again. Set mostly in France during and after WW I, THE MEMORY OF LOVE tells the tale of a passionate love affair between a young American cowboy from Colorado, who enlists in the French Foreign Legion to fight against the Germans, and a young French painter named Chrysis Jungbluth. Based on actual historical figures, much of the story takes place in Paris in the 1920s  — Les Années Folles , “The Crazy Years.” THE MEMORY OF LOVE  is a very personal novel to me, close to my heart, as revealed in the Foreword. I think it’s a good book, and I’m proud of it. Both the paperback and Kindle editions are available on amazon.com and at your local bookseller.

Included as background on this website, you will see the stunning landscape photographs taken by my friend and collaborator, Stephen Collector. Over a period of 20 years before I started writing fiction full-time, Steve and I worked together on numerous freelance assignments for a variety of national and regional magazines. Many of the images from those pieces are here included. Because a number of visitors to the site have asked me how they could see the photographs unimpeded by the copy that blocks a part of them, we have added a photo gallery. Much of the countryside represented in these photos, Steve and I have visited together over the years, either on assignment or for personal reasons.  We share an abiding love of the western American landscape, and in his beautiful work Steve has captured it in all its splendor.  I must also give credit where credit is due to another photographer friend, Tim Crawford, who accompanied me on a magazine assignment in eastern Washington State some years ago. Tim took the beautiful photograph of the vast canyon country there, in which I’m dressed in orange (a state law in Washington) and am followed along the rim by my two bird dogs, Sweetzer the lab, and Henri the French Brittany. This photo, also included in the gallery, was used on the cover of the French edition of A SPORTING ROAD (MON AMERIQUE).  To visit the photo gallery, please click here. 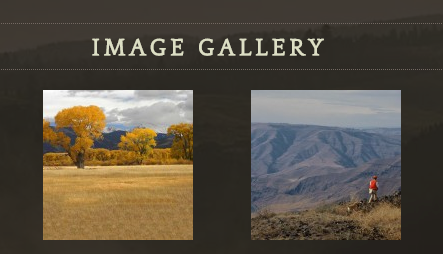 I hope you enjoy navigating this website, and that you find here books that engage your interest. Please post your comments, positive or negative, on my blog. I enjoy hearing from readers and, once again, I will try to be more attentive about responding and updating. 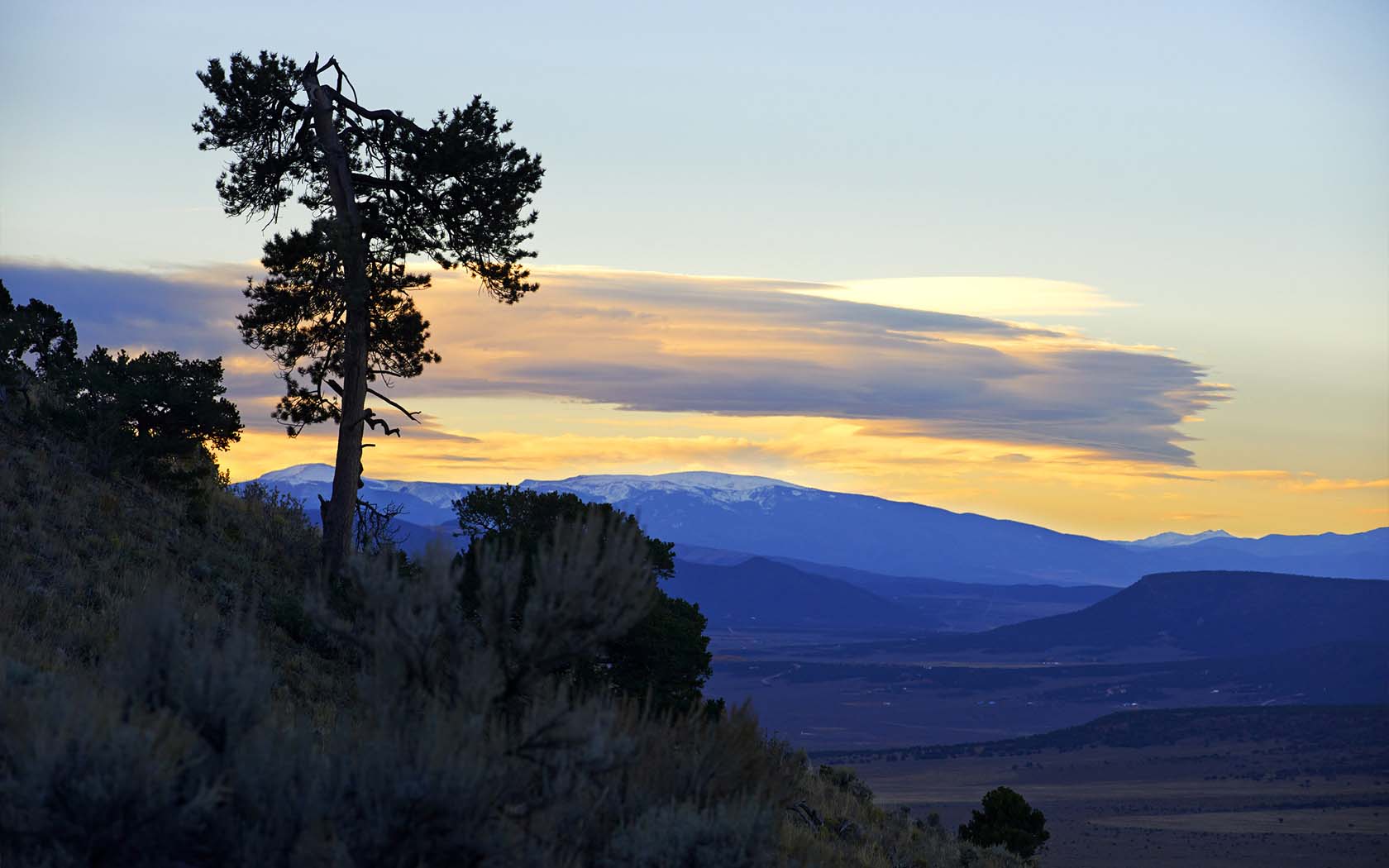